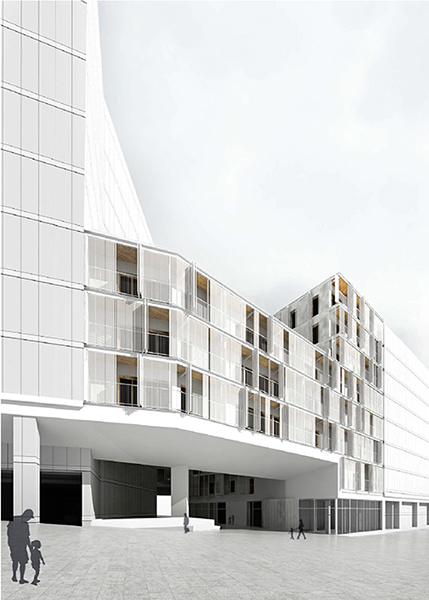 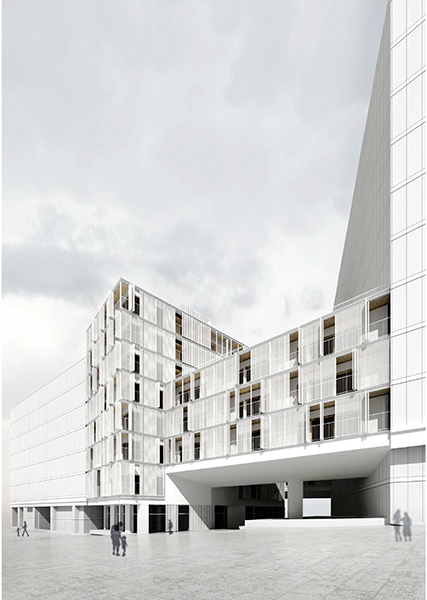 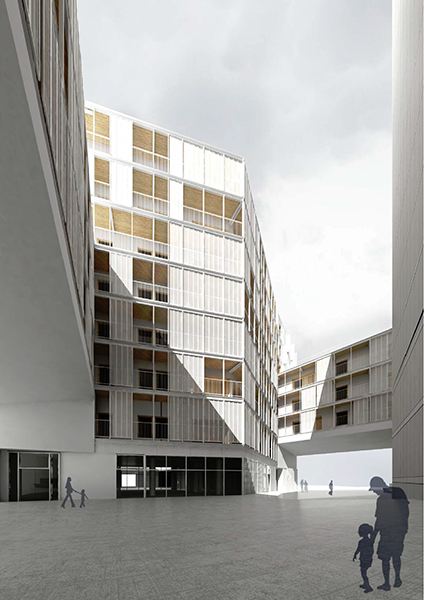 The new challenge is to considerably reduce the cost of the building. It won’t be made of wood in dry construction anymore, but we go back to traditional construction techniques with concrete structure, EIFS façade, perforated brick walls and ceramic.

The main volume is developed on an irregular stripe of ground level + 7 floors communicating Gran Via and the side lane of Els Encants, its two fronts facing these streets. One side closes the block inner patio with the piece A, and the other faces the passageway or interior street separating both built pieces.

At the same time, this stripe with changing lineups is united to the neighboring buildings through two built bridges of residential usage, of ground level + 3 floors facing respectively Gran Via and the side lane of Els Encants. Such bridges become high porticos giving access to the passageway. Underneath the bridges runs a pedestrian bypass street communicating Gran Via with Els Encants.

The outdoors spaces of the project, passageway and the two exterior terrace-roofs are conceived as communal green and rest areas that will also be shared with the other buildings.